Where does Port come from? 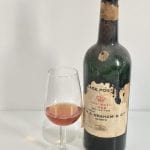 Let’s head back in time to Portugal, where to develop their business in the wines of the Douro, the merchants of Viana do Castelo had to establish themselves in the town of Oporto from which ships would then carry the precious cargo to England. One of the early pioneers of the trade in Douro wine in the 18th century was Peter Bearsley (son of the founder of Taylor’s Port), who is said to be the first English wine merchant to make the hazardous journey into the upper reaches of the Douro Valley.

Although they originated from the mountainous Douro Valley some 80 km from the coast, the wines themselves took the name of the city from which they were shipped, becoming known in Portuguese as Vinho do Porto, meaning ‘Oporto wine’, and in English as ‘Port’. Interestingly, the wine is actually shipped (and often aged) from Villa Nova de Gaia, on the opposite side of the river, not from Oporto itself.

The second half of the eighteenth century was a significant period in the history of this amazing wine and saw the start of several developments, including fortification! In the early days, brandy was sometimes added to the wines at the time of shipment to fortify them against the rigours of the sea voyage. However, the practice of adding brandy to the wine before it had finished fermenting, now an inseparable part of the process of making Port, was seldom followed in the early part of the 18th century. As the century progressed, it became more common as it was found to result in wines that were sweeter, stronger, more aromatic and of greater appeal to the English consumer.

There are many styles of Port, but some of the most well known include;

However, here are few more styles that you may not be as familiar with;

The decision to declare a ‘Vintage’ or not lies with each House every year – if they feel the wines which were produced in a given harvest year possess the characteristics they look for in their Vintage Style. It also must be produced, aged and bottled according to the regulations that define Vintage Port, and the decision must finally be ratified by the IVDP (the regulating body for the Port trade).

All these styles are made from grapes such as Touriga Franca; Touriga Nacional; Tinta Barroca;Tinta Roriz and Tinto Cão.

So back to 2019 – why Port for Christmas? Well, it’s just been one of those things that have evolved over time (much like Port itself!). It’s become a tradition, but there’s so much to love about this wine all year round that we’re passionate about educating our course attendees on the versatility of this wonderful wine! Oporto itself is now one of the most popular tourist stops in Europe (it is a UNESCO world heritage site), and the love for Port worldwide is clear across the generations – we welcome a surprising span of age ranges on our Port Masterclasses! Many people also like to visit the Port houses when visiting Oporto – there’s an excellent guide to them HERE.

After all, it was our own love and passion for all things Port that led us to set up our very popular Port Masterclass – so we could demonstrate Port is as valid today as it was all those years ago. We’re also one of the only wine schools to hold a regular Port Masterclass! You will learn how to taste and identify classic styles, assess quality and find out the best time to drink it. You’ll also be given Food and Port matching tips from cheeses, jamon, puddings and chocolate!

If you’d like more information about any of the wine courses or events, please do get in touch – we’d love to hear from you and answer any questions you may have.